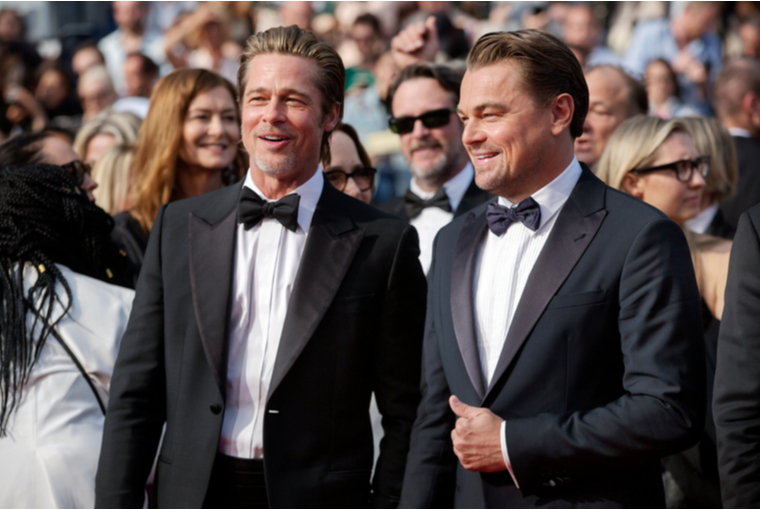 Marriage is always a controversial topic for Hollywood Stars and celebrities whether they belong to any field be it sports, acting, singing, or modeling they hold their thoughts and perceptions. Some go for live-in relationships while others simply vowed to remain single in every aspect.

Considering their diverse thoughts and scandals about marriage and relationships they are always under the spotlight for every step. Sometimes they have their specific reasons to make such decisions. For that, they have been through many rants also. We have formulated a list of those celebrities for you who have no desire to get married.

Seth is an American actor, screenwriter, producer, director, and singer. He’s especially known for his work in comedy and animations. He was involved in many relationships rather than ending in a marriage. He said that he wants to focus on his career and is not a person who wants relationship goals.

The richest of all the Kardashian clan, Kim parted ways with the famous rapper Kayne West in 2021 after filing for divorce. Now in interviews, Kim said that she has no desire to get married again and her priorities are her children. She will play her role as a great mother.

Oprah is an American television personality. Actress and entrepreneur. She dated Stedman Graham for almost 30 years, but the couple never got married. In an interview, she told the media that she will leave the Earth as one single woman.

Jon is an actor and a famous producer. He split from his girlfriend Jennifer Westfeldt; the couple dated for almost 18 years. In an interview, Jon said that he did not have a marriage chip and no great history of marriage in his family.

Sheryl is an American singer, songwriter, actress, and musician, and her music is world-famous and covers various aspects like country, jazz, and pop. She has dated many famous men in the past but has never wished to get married.

In the episode of Kourtney and Kim Take Miami, she told her sister that she is not in a hurry to get married and her children are her only priority and she may never get married. She had 3 children with Scott Disick and the couple goodly parted their ways in 2015.

Sarah is a stand-up comedian, actor, and famous tv personality. She is currently dating Rory Albanese. In the past 2014, she made a statement regarding marriage via her Twitter account “Just read that I want to get married which is hilarious because I will never get married,” moreover she said, “Why would I want the government involved in my love life? Ew. It’s barbaric.”

Diane is an American actress and filmmaker. She is currently 75 years old. In an interview, she said, ‘I didn’t want to give up my independence.’ When the interviewer asked when she was getting married but she is a mother of 2 children.

Whoopi is an American actress, comedian, author, and tv personality. She has been married three times in the past but now she does not have any wish to get married again. She said in an interview she wants to live her life happy and free.

Charlize is an internationally renowned actress and filmmaker. In an interview, she said that she wants long-term relationships and never wanted to get married but in a recent interview, she told the audience that she only wants to be a great mom for her adopted children and has no desire to get married.

Al Pacino is an American actor and filmmaker who has won many awards. He vowed to never get married and is a father of 3 children. In an interview, his best friend Lawrence Grobel told the people that Al Pacino had a disturbed childhood and his mother and father do not have a successful marriage. Al Pacino can sometimes be a difficult man and he surely knows that.

Kristin Davis is an American producer and actress. She had been in several relationships and there are rumors that she is currently dating Aaron Sorkin and has no aspiration for getting married. She is leading a happy life with her two adopted children.

She is a retired American actor, producer, and businesswoman. In a conversation, she portrays her thought that she never wants to get married while she is in a relationship with Ryan Gosling and the couple has 2 daughters.

Owen is an American actor, producer, and film writer, and he had fathered 3 children but never got married.

Goldie is an American actress who has been in a relationship with Kurt Russell for more than 37 years and raised 4 kids together. However, they exclaimed that they both have no desire to walk down an aisle.

Sarah is an American actor, producer, and activist. She got divorced from Chris Sarandon in 1979 and after it, she made it clear she had no desire to get married, explaining her thoughts she told that idea of marriage is not of her type and both the partners take each other for granted.

John is an American actor, producer, and political activist and he is not married and never wished to do so.

Leonardo is an American actor, producer, and environmentalist. He is currently in a relationship with Camilla Morrone but he said in various interviews that he had no desire to get married.

Kris Jenner is a matriarch of the Kardashian family. She was married twice in her past. She told the media that she wants relationships instead of marriage because she had done this in past, not once but two times, and has 6 wonderful kids.

Bo Derek is an American film, television actress, and model. She is in a well-known relationship for more than 18 years but did not wish to get married. She had been married to John Derek for almost 22 years until his demise in 1998.

John is an American actor, country musician, and singer. He is currently in a relationship with Bo Derek but the couple has no desire to get married in the near future.

She is an American actress and film producer. In the past, she was married three times but no marriage lasted for a long time. Currently, she exclaimed that she wants relationships, but marriage isn’t her cup of tea.

Allison is an American actress and voice-over artist. In a recent interview with Drew Barrymore, she said that she wished to get married but she was unable to find a perfect match and that is completely fine. She is comfortable with being single.

Mindy is an American actress, a comedian who is well known for her quirky humor internationally. Once in an interview, she opens her thoughts about marriage that she has no desire to get married and can take care of herself perfectly.

Sandra Bullock is an American actress and film producer. She is internationally famous and has won many awards. Sandra was married to Jesse James for almost five years, but they parted away in 2010. After that Sandra has been in many relationships. She is currently dating Bryan Randall. The couple has never desired to get married. In an interview, she said that she was not in a hurry to get married.

Marisa is an American actress, well known for her winning awards. She has dated many famous personalities, but she is not a big fan of marriage. She said that she wanted to focus on her work and did not want a traditional family life.

Caitlyn is an American media personality, socialite, political candidate, and a retired Olympic gold medal-winning player. After parting ways from kris Jenner she is currently dating Sophia Hutchins. The couple has no desire to get married.

He is an American basketball player who plays for the NBA. Jeremy has sought to remain single in his life and focus on his career.

Rob is an American football tight end for the Tampa Bay Buccaneers of the National Football league. He is currently dating Camilla Kostek but the couple has no aspiration to get married.

She is an American Olympic athlete. In many interviews, she said that she is not ashamed of being single. She added that she loves to date, and marriage is not a likely thing for her. In an Instagram post, she wrote that she was bored of dating. For that, she faced many outbursts from her followers.

Also known as BanX, Tyra is an American actress, model, businesswoman, producer, and television personality. Tyra has dated many famous men and once also had an engagement with Chris Webber but later the engagement was called off. She is currently dating Erik Asla and the couple welcomed their first child in 2016 but it seems like they have no plan of getting married in the near future.

She is a famous American comedian and author. She has many high-profile dating stories. In 2012 she said in a magazine interview, ‘I don’t know if I am marriage material. I do not know if I ever wanted to be someone’s wife. It makes breaking up much more complicated.”

Edie is an American actress who is well known for playing Carmela Soprano on the HBO TV series. She is currently 57 years old. In many interviews, she said that marriage was never her priority. She wants to be a good mother to her two adopted children. And her children will always come first.

He is an American game show host, actor, and comedian. He got engaged twice in his life. But never had the chance to wear his wedding tuxedo. He got engaged to famous chef Nicole Jaracz in 2007 but the engagement was called off in 2012.

Braun Strowman is an American professional wrestler and prior strongman. He also has won the title of universal champion and is considered one of the best WWE wrestlers. He also has a tinder profile which was later deleted. The wrestler is currently single and there are not any signs of getting married in near future.

Nicholas Theodore Nemeth known as Dolph Ziggler is a former comedian currently signed with WWE as a wrestler. The fact is he has never been married and has no desire for it in the near future. Although the fact is he is very famous for his inside ring romances.

Alicia is an American actress, model, and renowned wrestler. She is currently signed with WWE and performing on Raw. She is 32 years old and still has no sign of marriage from her side. Miss Fox is dating her boyfriend but no one knows when the couple is going to tie the knot.

In Hollywood marriage is never considered as the end of life. It is considered as a sole purpose to live. All the personalities we listed above belonging to different fields have their thoughts on marriage. Some are the prey of childhood trauma, or their parents failed marriage. In other cases, some learned through their unsuccessful stories and their past relationships.

Some of them are not ready to make a big commitment and are just doing great without it. Many celebrities prioritize their children above everything and for them are refraining from marriage. It is their own decisions about their lives and everyone knows best what would suit them. We should respect their decisions and if you are their true fan, it is your keen responsibility to support them in every decision.