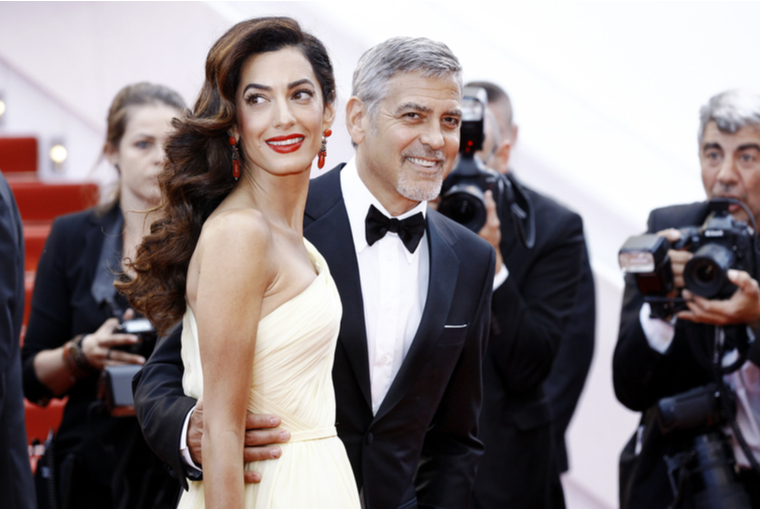 Love is no longer defined by age because some Hollywood celebrity couples have shown us that age is just a number. Be it Beyonce and Jay-Z or George Clooney and Amal Clooney, all of them have years of an age gap between them, but they are head over heels in love with each other.

So, if you want to know the age difference between your favorite Hollywood celebrity couples, read the article below!

This is a power couple who has 17 years of age difference. George Clooney was 52 years old when he married Amal, who was 35 years old at that time. They got married back in September 2014. They had twins in June 2017; the kids are named Alexander and Ella; such a perfect family!

The famous Upper East sider (Who hasn’t watched Gossip Girl, right?) married Ryan Reynolds in September 2012. They started dating back in 2011 and have been together since then. They have three adorable daughters. It wouldn’t be wrong to say that this couple is famous for their funny compliments to each other.

The couple has an age gap of 23 years and they have been dating for three years. Truth be told, they are extremely happy and age doesn’t seem to bother them. Overall, they have been low-key about their relationship but the couple appeared together at Academy Awards 2020.

The ever-famous Damon Salvatore has an age gap of 9 years with his wife, Nikki Reed. They started dating in 2014 and got engaged in 2015. Also, they got married in April of the same month. Also, they have an amazing daughter Bodhi Soleil back in July 2017.

The couple has an age gap of ten years and they got married in 2014. Prinsloo is the Victoria Secret model and the couple has walked the Walk Of Fame several times. They have two daughters; one was born in 2016 while the other came in 2018.

To begin with, this couple has an age difference of ten years. They got together while on the trip to Mexico. When they first started dating, Camila Cabello was only 21 years old while Mathew Hussey was 31 years old.

The couple also has an age gap of ten years. They first announced the engagement in January 2019 and got married the same year in a Californian wedding. They are currently expecting their first child and their fans couldn’t be more thrilled.

Ellen DeGeneres and Portia de Rossi has an age difference of fifteen years old. They have been dating since 2004 and moved in together in 2005. They got married in 2008 when California allowed same-sex marriage and they have been living happily.

They have 13 years of age difference and they first met in 2006 at a famous nightclub in Los Angeles. When they got together, Alves was only 23 years old while McConaughey was 36 years old. They got engaged in 2011 on Christmas and got married in 2012. They have three kids; two sons and a daughter. s

This couple has an 11 years of age gap. When they first started dating, Ariel Winter was only 20 years old while Levi was 31 years old. They have been dating since 2016 and moved in together in 2017.

They have 11 years of the age gap and have stunned the public with their amazing couple at Venice Film Festival. They started dating after meeting on the sets of “The Light Between Oceans.” In addition, they got married in 2017 and had a small yet secret wedding ceremony.

They have a whopping 20 years of age gap. They first started dating in 2010 and confirmed the engagement in 2016. Within a year, they were expecting their first child and had a son together. Their son was born in 2017.

The couple has a 13 years age gap and got together when Simon Halls was 47 years old and Matt Borner was 34 years old. They got married back in 2011 and have three sons, Henry, Kit, and Walker.

They have an age gap of 12 years and everyone has been loving the couple ever since they appeared on Emmy Awards 2017 together. However, they have been married since 1997 and share two adorable little daughters

Viola and Julius have an age gap of twelve years. They have been married since 2003 and adopted a daughter together in 2011. However, Tennon had two kids from his old relationships.

They have an age gap of 12 years. Quinto is a famous Star Trek actor while Miles is the model. They started dating in 2013 and have been living together since 2015. When they first got together, McMillan was only 29 years old.

To begin with, they have an age gap of 13 years and have been together for around 20 years (or more) now. They first met on Correlli, the famous Australian show.

The couple has an age gap of 16 years. They first started dating in 2018 and tied the knot in 2019. They had an amazingly lavish wedding back in June 2019. According to Klum, she is the happiest with him as Tom is the most amazing person!