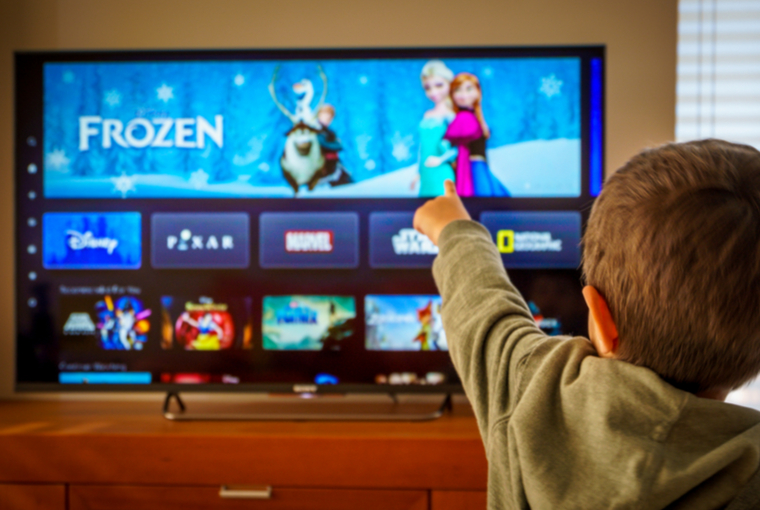 As Disney Plus continues to take the streaming world by storm, they’re hitting us with an endless supply of new and exclusive movies and series that are going to keep coming as we settle into a fun-filled summer.

We’re lining up the ultimate viewing list to make sure that there is never a dull moment for summer It doesn’t matter if you’re in it for the Disney classics, Star Wars saga, or the Marvel Cinematic Universe, get those subscriptions at the ready and those fingers steady on the remote for an exhilarating range of upcoming releases.

For that family-friendly fix

When the days start to feel never-ending and you need to keep the kids entertained, Disney Plus has your back. With new upcoming episodes of Monsters at Work and Turner & Hooch throughout July, you’ll have plenty of shows to keep even the big kids occupied. For those long summer days, what could be better than a good binge-worthy series to bring all the family together?

The Mysterious Benedict Society is also set to be one of the most-watched shows on Disney Plus as the
popular teen fantasy books are brought to life on our screens. Those nineties kids that remember Disney Channel’s classic That’s So Raven will be pleased as she’s back once again with the new release Raven’s Home. If you’re looking to have a popcorn fest in your front room though, you’ll enjoy the new and ever-so-charming animated feature film Luca.

For that music fix

We’ve got some great picks this season for all the music lovers out there. The new episodes of High School Musical: The Musical: The Series are set to bring the heat this summer with competitive performances, melodic masterpieces, and enough drama to make their wig hairs stand on end.

Let the rebel in you run wild with punk rock inspired Cruella. This stylish live-action twist on a childhood classic 101 Dalmations has been the talk of the town since its release in May. If you haven’t seen it already, add it to your Watchlist now as the amazing soundtrack makes this visual treat really pop.

If that doesn’t get you going girls, we have something glitzier lined up. It’s time to put on your best frock, let your hair down, and grab that hairbrush ready to sing along to some of the most memorable songs from all our favorite characters for the release of Disney Princess Remixed: An Ultimate Princess Celebration.

For that sci-fi fix

Disney Plus is bringing us a stark contrast from the whimsical world of princesses and twinkly lights with the darker side of magic and mystery.

Sci-fi fans will be patiently awaiting the new addition of episodes of tv series Star Wars: The Bad Batch. The Star Wars spin-off follows a group of clones as they transport us to another galaxy.

Television adaptation of the 1897 novel War of the Worlds delivers an electrifying mix of thrill and fantasy. The new take on the storyline sees a few unexpected twists and turns that are set to leave you pondering the unimaginable.

For that comedy fix

A summer break would not be complete without a good old fit of belly laughter. Keep the smiles on everyone’s faces when the sun goes down with additional episodes of long standing comedy shows American Dad and the Last Man Standing or throw it back by streaming added titles like The Hot Chick.

Disney Plus is prescribing an extra dose of humor with the fresh adventure film Jungle Cruise and the upcoming series Only Murders in the Building.

For that superhero fix

It’s been a while since we’ve had something new on the box from the world of superheroes but the excitement doesn’t stop as members gain access to some incredible exclusive movies and series which will definitely be unlike anything you’ve seen before.

June is apparently the month of giving as we’re gifted 2 more imaginative by-products of the Marvel Cinematic Universe. The good, the bad, and the better will be revealed when mischievous villain Loki takes us on a whole new journey on the 7th, and super-spy Black Widow opens up her past on the 9th. Get set to discover the secrets behind two of the most mysterious characters in the Marvel world.

As if these giant releases weren’t enough, we’re also getting the animated alternate realization of all our favorite Avengers stories as What if…? makes an appearance to reflect the comics of the same name in a new light.

For that documentary fix

At a time when travel is not quite so possible due to the world still coming out the back of a global pandemic, it’s more important than ever to stay connected to the things happening across the globe. If you’re looking for a spot of educational viewing to discover something new or explore current issues, documentaries are a fantastic way to do this.

Dip your toe into the world of real-life heroes with the inspiring show Breaking Bobby Bones. Follow him to other countries as he learns the tricks of the trade for some of the most obscure jobs going.

Get a taste of different cuisines with Gordon Ramsay: Uncharted as he challenges amazing chefs from around the world to a cook-off. Warning: this one will have that stomach rumbling and that mouth watering.

Feel the magic of Disneyland with an all-access pass to what goes on behind the scenes with Behind the Attraction that illuminates all that went into creating some of the most famous rides at the parks. For those after a bit more of a thrill, check out Stuntman which delves deep into the dangers of deathly stunts by showcasing some of the craziest maneuvers throughout history.

With such a variety of Disney Plus movies and series, we’re in for the best summer yet!